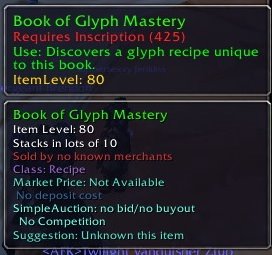 Still no Glyph of Divine Plea spotted anywhere on my server on AH. Seems it will be a wait for it to show up. But if you can find a few of these books which drops from Northrend mobs it seem the new Glyphs added in the patch can be learned from one of these too. Or you can profit and sell them on AH for high profit.

Was running a Heroic UP tonight and this one dropped on a random mob on the gauntlet run. I noticed it right away. Seems they do drop after all and in Instances as well. So I was luckly enough to get it. I figure I let my lvl 58 DK with 360 Inscription have it to find something good from the new patch. When I later tried use it I notice you have to be lvl 425 to use the book. Ahh Damm! That means I would have to level my DK to lvl 65 to use it.
I had no plans to really level up the DK at all. But if I want to find out what’s in the book I will have to. I’m sure I could get a tons on AH for it if I wanted to as none of these books are on AH either. I’ll keep it for my DK to use if I can find the time to lvl him to 65 so I can get new Inscription training. But if you find one of these they can be quite valuable as your sitting there wondering where your new class glyphs are. Probably locked inside one these books.
On another note, Glyph of Exorcism seem to have allot of kick being now usable on any mob especially when it crits on undead/demons using it around Northrend. As for AH since patch 3.1 I think I raked in at least 1Kg just in Glyph sales alone leveling up my alt in Inscription between yesterday and today.

2 thoughts on “Searching for Glyphs” 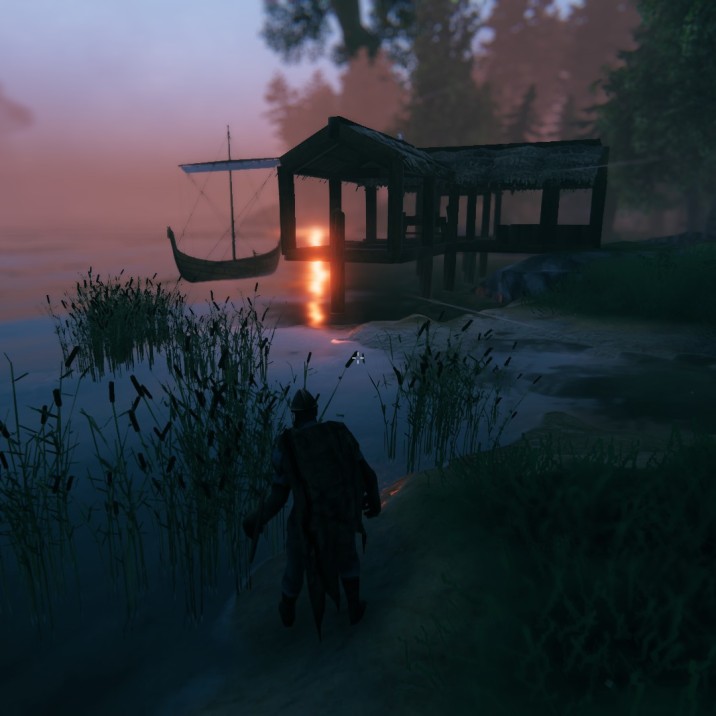